In this episode, we speak with Dr. Daniel Pauly, an award-winning marine biologist at the University of British Colombia. Dr. Pauly speaks with us about his new book, Vanishing Fish: Shifting Baselines and the Future of Global Fisheries, which examines the world’s reserves of fish, commercial fisheries, and the various crises they both face.

Find below a few links related to this episode:

Vanishing Fish: Shifting Baselines and the Future of Global Fisheries

Institute of Oceans and Fish at University of British Colombia

Human Rights and the Chocolate Industry

Nearly 70% of the world’s cocoa comes from western Africa, in countries such as Ghana and the Ivory Coast. In order to fill the global demand for chocolate, thousands of small cocoa farms often rely on slavery and child labor. Children ranging in ages from 5-16 are sent by their families with promises of education or additional income for a few months work, but often remain on cocoa farms through adulthood while being subjected to dangerous work environments. Cocoa farms, and sometimes even countries, are incentivized to use the cheapest possible means of labor in order to keep the price of cocoa globally competitive. Listen to this week’s episode for a discussion on the incentives driving these human rights abuses and why a boycott might be counterproductive.

Managing national debt is a significant issue that every country in the world must face. While media outlets often report on national debt with forecasts of doom and gloom, it is important to understand that national debt is very complex, and the effects of which, both good and bad, are numerous and far-reaching.

What is national debt?

National debt can be described and measured in several different ways. One simple explanation is that national debt is the amount of public and intragovernmental debt a government owes. A government can owe debt to different parties, including foreign governments and investors, intragovernmental holdings (which is essentially debt that a government owes to itself), and its own citizens. National deficit is a term frequently coupled with national debt, which occurs whenever a government spends more than it earns in a given year. The national debt is the aggregate of national deficits from year to year.National debt is most frequently measured as a ratio of the country’s total debt compared to its Gross Domestic Product (GDP). As of January 2018, the national debt of the United States was 108% of its GDP. Theoretically, if the United States were to spend every cent of revenue on its debt, the amount of money the United States earned would not satisfy the total owed. Other countries, such as Japan, have a debt-to-GDP ratio of up to 250%. While these figures appear overwhelming, a country’s capacity to manage its debt is more important than the actual total amount owed. Whenever a government cannot properly manage its debt, the country defaults.

While debt can sometimes be bad, the ability to accumulate debt (or raising money) is quite helpful. A government uses its borrowed money to provide services to its citizens, such as building infrastructure or for national defense during times of war. Government spending is often funneled to the private sector, which can lead to private surpluses. Individual citizens owning government debt also provides an outlet for safe, guaranteed investments for these individuals.National debt is bad whenever a country defaults. Defaulting means that a government is no longer able to manage its debt, or pay back investors. This often results in capital flight, or the loss of confidence by investors. Individual citizens or the private sector are also less willing to spend money, which can result in less economic growth.A government can pay off its national debt in a variety of ways, including austerity measures that entail significant decreases in government spending, through manipulating its currency to make its exports cheaper, or through the nationalization of industries such as oil and gas.

Every country must manage its debt differently, and every country’s national debt can affect the world differently. The United States has paid off its debt only once in its history, which led to a short term government surplus, but a longer term recession. Iceland successfully navigated a debt crisis by manipulating its currency and allowing its private banks to fail. Other countries, like Greece, are not able to manipulate their currencies due to being tied to the Eurozone. Finally, governments in countries such as Venezuela have lost the confidence of any foreign investors, making it extremely difficult to earn any kind of foreign revenue.

Cryptocurrencies from Bitcoin to Ripple were hot topics in 2017, but how much do you understand how they work? Blockchain technology is a rapidly expanding industry that underpins these cryptocurrencies. As this data architecture grows, it may spread to transform how other sectors process and store data. This conversation on the blockchain was originally published in September 2016 but, given the meteoric rise of some cryptocurrencies in 2017, we decided to repost it. END_OF_DOCUMENT_TOKEN_TO_BE_REPLACED

Note: this episode was originally published in February 2016. Given today’s announcement that Venezuelan president Nicolas Maduro will not allow the main opposition parties to run in next year’s presidential election, we’ve decided to republish this episode to provide context to Venezuela’s political and economic struggles.

END_OF_DOCUMENT_TOKEN_TO_BE_REPLACED

What is universal basic income (UBI)? In this episode explore why people like Mark Zuckerberg and Elon Musk are advocating for UBI while others argue against it. END_OF_DOCUMENT_TOKEN_TO_BE_REPLACED

How can a large influx of money into a country become a “curse” to its citizens? In this episode, we discuss how the finance curse can crash economies and upend livelihoods in developing nations. END_OF_DOCUMENT_TOKEN_TO_BE_REPLACED

The Resource Curse and the Paradox of Plenty

Does a nation’s economy suffer when it makes a large natural resource discovery? In this episode, we explore the economic and financial consequences associated with resource abundance with recent Elliott School graduate alumnus Josh Park. He explains the underlying factors of the “resource curse” phenomenon and how states can mitigate its harmful effects. END_OF_DOCUMENT_TOKEN_TO_BE_REPLACED

The Horn of Africa

The Horn of Africa is one of the most complex, diverse, and conflict-afflicted regions in the world. While much of the region continues to be mired in violence and instability, it remains a nexus of global trading routes and is growing in geopolitical importance. The global community cannot ignore its fate.

END_OF_DOCUMENT_TOKEN_TO_BE_REPLACED 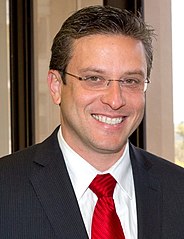 Greece has received an overwhelming glut of attention over the summer for its financial woes, but the brewing debt crisis in Puerto Rico seems to have been underhyped. What consequences might Puerto Rico’s financial predicament have for the US? How has Puerto Rico’s unique status as a US Territory contributed to its economic stability? Could this debt quagmire change the conversation about the territory’s statehood potential? Join us as we delve into the causes, characteristics, and consequences of the Puerto Rican debt crisis.