4 million Syrians are now refugees, and the war has displaced half of the country’s population. Should states take in more of those who are fleeing war, or are they right to close their borders? What could the influx of refugees mean for the future of the EU and for the political climate of EU member states? And, most poignantly, what is the depth of the humanitarian crisis? Join us as we explore these questions together.

Life as a Refugee

Many of the refugees and internally displaced Syrians live in misery, according to Doctors Without Borders. Even for those who have settled, legal or de facto restraints on work and government-funded services can make life difficult. In Lebanon, to take one example, many refugee children do not or can not attend school. Missing out on education and other necessary services will only compound the hurdles that refugees will face in the future.

The United States has traditionally been among the world’s leaders in welcoming refugees, but has only admitted a paltry 1,500 Syrian refugees since the crisis began nearly 5 years ago. President Obama has directed the government to accept 10,000 in the next year (and a total of 100,000 refugees overall), though this still pales in comparison to many other wealthy countries. Still, many argue that the United States has no responsibility in the matter while others worry about potential security risks.

Millions of Syria’s refugees have already fled to neighboring Lebanon, Jordan, Iraq, and Turkey while wealthy Gulf states have shut their doors. Hundreds of thousands of refugees are now fleeing into Europe, testing the strength of some of the European Union’s most fundamental institutions.  Many governments have hastily built fences along their borders, thereby requiring refugees to take more perilous routes.

Angela Merkel stands out, famously affirming that Germany could take 500,000 refugees every year. Germany has since waffled between closing and reopening its borders. Merkel’s actions have aggravated other member states, though. PM Orban of Hungary, for example, has said that the crisis is “a problem for Germany, not Europe,” blaming Germany’s policies for fueling the flow of refugees. Discord between members of the EU on their responsibilities is testing the Schengen agreement and the cohesiveness of the Union as a whole.

Along with the disagreements between states, there is plenty of debate within domestic politics. Anti-immigrant parties and candidates have seized the opportunity to play at local insecurity that is born in part of cultural and religious differences. Parties like the National Front in France and UKIP in the UK may well gain traction on the coat-tails of this crisis. Individual candidates have already sought to use the crisis as an opportunity, such as Mayor Robert Ménard of Béziers, France. He published the below video of himself, along with an interpreter and heavily armed policemen, knocking door-to-door to personally evict refugees who had unlawfully occupied government-funded housing.

What do you think?

Do wealthy nations have the responsibility to take in more refugees? How many is too many? Will the refugee crisis lead to political radicalization in Europe, and will it threaten the foundation of the Union? Let us know what you think by tweeting us @mattersOstate or writing on our Facebook wall.

Take a look at some of our favorite articles that we came across while researching the Syrian refugee crisis: 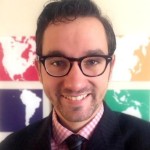